Navigation Menu
Navigation
Install the app
More Options
Dark Mode
Help Center
Contact Us
OUT OF DATE BROWSER
You are using an out of date browser. It may not display this or other websites correctly.
You should upgrade or use an alternative browser.

Another widow that my cousin knows has some firearms she wants to get rid of (I sold an old Colt Official Police revolver for her previously). When I saw the condition of three of these firearms, I didn't even want to mess with them. I really want to help her out, but the condition of these three is not good, and two of them have no real value if they were in good condition.

So, the first one is a Harrington & Richardson single shot 12 gauge, Talo Squire edition. While the steel/bluing is good, the stock will need to be redone (or maybe someone would just want it for a beater shotgun to take hunting).

The second one is a Volunteer Arms single shot 410 gauge. The stock is in horrible condition, the bluing is pretty much all gone, and I think there may be some rust in the bore. I can also make out what I believe to be two cracks in the stock. This one has no real value, as I believe this was a low end shotgun sold through the Sears catalog back in the day.

The third one is a Winchester Model 12, chambered in 16 gauge. The bluing is so so, the stock is horrible, and there is rust on the end of the barrel. The bore appears to be okay. It was manufactured in 1917 or 1918 (depending on which Winchester site I check).

So, is it worth my time to try and sell these?? I will get getting a Springfield (Stevens/Savage) 87A .22 LR in return. That rifle is actually in fairly decent condition. Look at the pictures and tell me what you think. 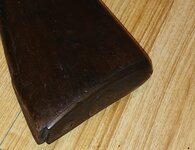 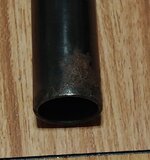 if there cheap enough they will sell esp in todays market.

Valley of the Sun
Staff Member

curtmini14 said:
if there cheap enough they will sell esp in todays market.
Click to expand...

This!!! Anything will sell if the price is right.

Well, I guess I will give them a try. I need to run a brush and a bore scope down the .410 to see if it is rusty or just dirt.
D

Some old beaters for someone to fix up.. I esp like the 16 pump (Personally I'd shorten it to 18.5" barrel and go thru it for functionality, then put it away with some ammo in my trunk or behind the truck seat).
The others could be stashed where they might come in handy someday- cabin, cottage, boat.. even trunk to put away with some ammo and forget about until a "pinch" time comes... Or they could be cleaned up and given as a "first gun" to kids or grands...
Good luck on your prosepective sales!

Take them to one of the coming "forced buyback" events and get at least a few bucks for them. A buyback that's forced upon us isn't a buyback; it's confiscation. Because the government has the power to define words to suit its purposes, your $2500 Noveske AR is not worth $2500 to them. It's worth $5.00 and you will accept that amount. To disagree is to commit the crime of "owning an assault weapon," and you will be arrested on federal weapons charges.

Only a brain-dead liberal could see how the BiteMe-Hera Joke-ministration is "better" than the Trump Administration. Liberals see the loss of Freedom as an improvement over what The Framers gave to us. The real deliciousness will come when liberals who own guns... and who voted for the two imbeciles allegedly elected to the White House... are required to surrender them or face the legal consequences for not dutifully giving-up a God-given Freedom.

I would NOT buy one of these via mail-order...

Everything your NOT supposed to know about supressors