I just saw 4 boxes of these in bass pro shops and everything else was literally gone. Would this be a decent home defence option? I live in an upstairs apartment and have to worry about over penetration and the maximum range I would engage at in my apartment would be about 10 feet or less. I bought a box just because they had it. Ammo is ammo right now. Anyways, I'm not trying to start anything here. Just an honest question and looking for an honest opinion. (Edit) Just realized I spelled defense wrong lol 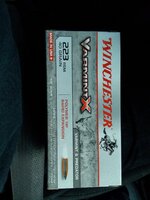 Should work fine, most H.D. stuff is varmint bombs anyway, just watch your firing angles so you don't kill a neighbor!

I am well aware of that. One of the first things I looked at 4 years ago was the lay out of my neighbors apartments. The one under me is identical to my apartment. And my other neighbor is reversed. I looked into this because most break ins are at night so I know not to aim in the direction of bedrooms ect.

Mrjenkins said:
I am well aware of that. One of the first things I looked at 4 years ago was the lay out of my neighbors apartments. The one under me is identical to my apartment. And my other neighbor is reversed. I looked into this because most break ins are at night so I know not to aim in the direction of bedrooms ect.
Click to expand...

Honestly, I would not be using an AR-15 in that scenario. A 9mm pistol loaded with subsonic hollow points will get the job done with minimal risk to your neighbors.

I agree that an AR-15 is not the right gun unless it is your only gun.. 9mm, 45acp, 38 special, or even 380acp handguns all would be a better choice in an apartment. One less thing to think about in a high stress situation is always better. You really never know where your neighbors might be located.
D

Those are probably as good a choice as you will find. They will probably blow up when they meet resistance. They are designed to give explosive expansion in "Thin Skinned Animals". Even passing through sheet rock they are going to break up into light weight shards. Those little pieces may still hit someone, but the likely hood of doing major damage is small. Good Luck. DR
D

Were I yourself, I would test these into various media to see what kind of penetration/expansion these actually will give at close range. An AR-15 in an apartment would be more than I would care to use- tho Ive never fired any of these varminting rounds so am not familiar with their performance in either animal tissue or ballistic gel...The soft-point 55gr .223 rounds I have fired at varmints generally "explode" inside the target...
Oh- You didn't spell "defence" incorrectly, you used the proper British spelling! Either is correct...

1971Chevelle said:
Honestly, I would not be using an AR-15 in that scenario. A 9mm pistol loaded with subsonic hollow points will get the job done with minimal risk to your neighbors.
Click to expand...

Sorry but a 9mm penetrates more than 5.56 with varmint rounds. His rifle is excellent for what he needs to do. If he has enough training with it.
Last Edited: Aug 18, 2020

I think I need to get a few more boxes and do some testing to see what the round can and cannot do... I saw some YouTube videos of this exact bullet penetrating around 9 inches if ballistic gelatin and completely fragmenting apart. I'll see if I can find the video and link it here

I would think that if a person was shot by this it would explode like that about 2 inches under the skin and not exit, meaning the body would absorb the full ft. Pounds of energy and disperse 100% of said energy within. That to me sounds like a good H/D option. Judging by this video it also looks as if I won't get over penetration at all in a H/D scenario with this ammo. Do you think a round like this would be enough?

I think they are fine as long as you hit what you are aiming at.

That's half the battle lol

If I was a criminal, had broken-in to your darkened residence and just heard you rack the bolt carrier on a wheppin about which I knew... I'd be soiling myself as I ran from your place faster than did Jessie Owens at the 1936 Munich Olympics...
O

You did just fine, although a rifle isn't the handiest indoor weapon to be had, it works. As far as penetration...you picked a good one for it isn't going to go far! A Deputy managed to put a handful of full metal jacketed 55 grain through the windshield of a bad guy's windshield before getting hit by that driver's car. The car was found abandoned, and the driver the next day unwounded. Bullet penetrated the windshield but was spent, and the driver unharmed! I use that bullet you have in match shooting with a 1 in14 barrel, Nor Pac @ 3400 fps and only jacket material is left once it impacts at 100 yds and beyond. So close up, it would just be itty bitty pieces very likely hitting solids like wall board or studs.

I have a little .38 Taurus pocket gun and my duty glock 23 gen 4. Other then that it's my ar15. Seeing how my wife doesn't feel comfortable shooting the aluminum frame .38 because it does have quite a bit of recoil for what it is she is far more comfortable using the ar15 with a better round capacity and almost no recoil. I chose those rounds because if she misses An intruder the bullet will fragment and dissipate
Last Edited: Sep 1, 2020

Is your wife trained and familiar with the use of the AR? Maybe get her a nice .22LR revolver to keep in her nightstand? Would be much easier to grab the revolver than to get the AR out of the closet, smack a mag into it, charge it and assume a defensive stance. 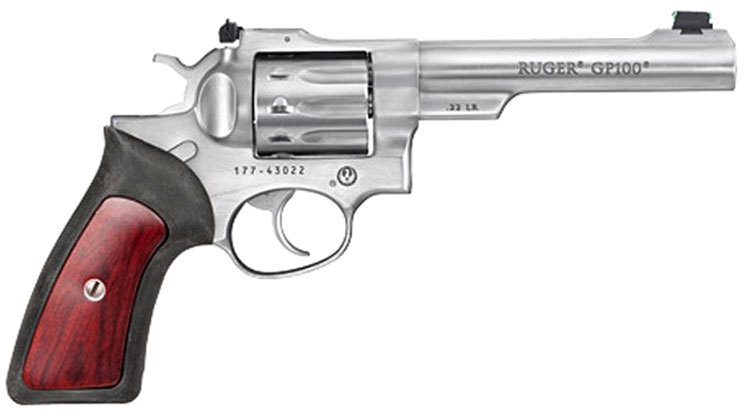 I have an Remington 870. I have my own shot shell reloader
So I lightened the powder a touch in my 2 3/4" machine. The shot carrier to 1 and 1/2 ounces of #9. I am hoping that most of the shot will stay inside my home. Yes it is loaded. So the first thing the intruder is going to hear is my dog going nuts then bang. Should solve the problem.

Security of weapons in my home is not a problem. There is no one but me.

Belevolk said:
There is no one but me.
Click to expand...

Chilling story from close to home

My 870 ready for home defence