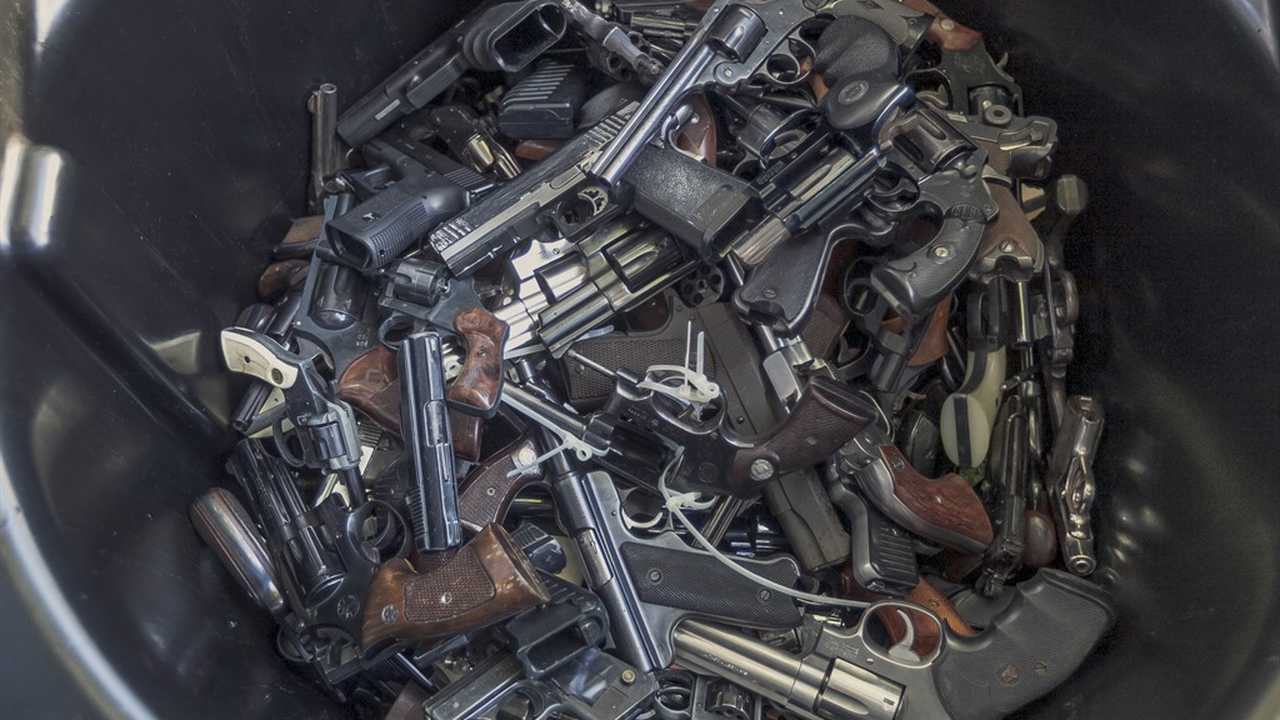 A Connecticut man is charged with reckless endangerment and has had his guns confiscated after a handgun was stolen out of his car.

People in Connecticut can own firearms? I'm shocked. Shocked, I say...
P

The Dummycrats are taking over the world. It seems the electorate just keeps putting these people back in office. How sad, it seems they are all infected with the same disease, gonnarea-lectum

WOW! No Cause, no redress! Sounds like SCOTUS is about to be REALLY busy unless they pull their thumbs out and actually STAND behind the 2nd and then force the Several States to comply!

Isn't that close to Bernies state ?

trump said the 2nd is protected there not getting our guns.

curtmini14 said:
Trump said the 2nd is protected; they're not getting our guns.
Click to expand...

True; Trump has the veto power. But the Congress has other ways to confiscate our wheppins: The language to confiscate our guns gets dropped into a bill that must pass, such as a defense appropriations bill or a bill to fund Medicare. If we had the line-item veto, a President could just put a line through any language that he didn't want promulgated into law before signing the bill and such language would not become law.

But we do not have the line-item veto because the Tyranny-crats do not want a Republican President to line-out tens and tens of billions of welfare dollars. The permanent welfare class in America is 100% super-solid behind the Deception-crat Party. If they ever had to get off their assets and get a job, they'd discover that being self-sufficient engenders a much better opinion of self than does forever being a supplicant to Uncle Benevolence.

People who get up everyday to go to a job eventually rise from the lower class to the middle class. Middle class Americans do not like having thirty-five percent of their income taken from them by infinitely-gluttonous government. They will eventually vote for fiscally-conservative Republican candidates, which is a loss of voters for the Dishonesty-crats. To replace those voters, new members of the welfare class are required. From where do they come? Answer: From third-world portable toilets south of the US. This is why the Criminal Left is so opposed to the border wall. If the endless supply of welfare voters from south of the US should ever reach its end, so will end the Party that has spent our beloved country into $23 trillion of public debt.
You must log in or register to reply here.
Share:
Facebook Twitter Reddit Pinterest Email Link